(Due West, S.C.) – 7/18/2018 – The Due West Police Department recently underwent a major overhaul that included the acquisition of a brand new 2017 Ford Utility Police Pursuit Vehicle, re-designed patch and the introduction of a refreshed graphics package. The agency, which operates in the northern end of Abbeville County, had previously been operating a fleet of Ford Crown Victoria’s featuring a standard red and blue graphics package that had been around since the early 1980’s. With the acquisition of a new vehicle, the agency decided to refresh the agency’s appearance and contracted Global Public Safety Supply in Roebuck to upfit the new cruiser. 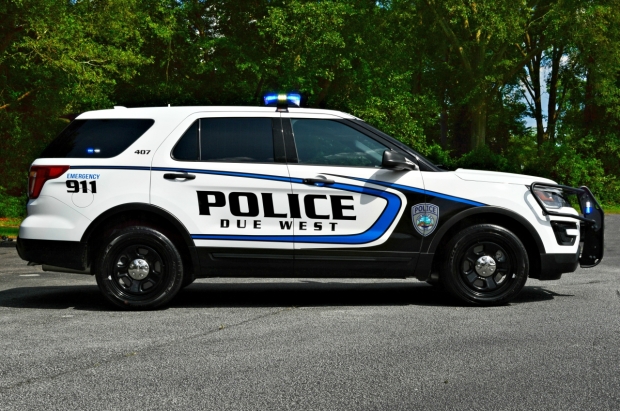 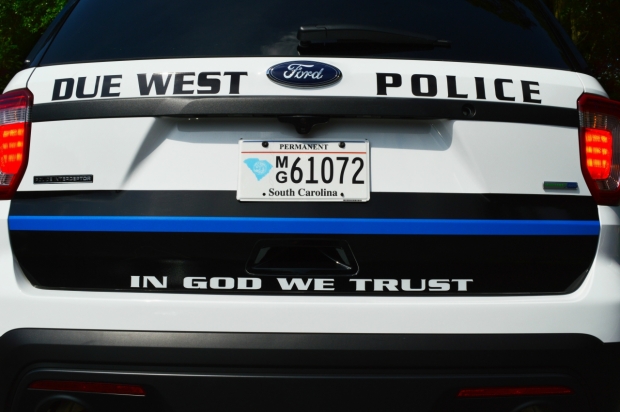 The Ford Utility was selected because for its versatility, reliability and improved safety features compared to other police package vehicles on the market. The Due West Police Department equipped this vehicle with a full Code 3 dual color lighting package to ensure officer visibility. The new graphics package is fully reflective and prominently features the agency’s new patch hi-lighting the Town of Due West at the center. The decals are fully reflective and boast black and blue as their prominent colors with a subtle nod to the thin blue line. On the rear of the Ford Utility, we find a more obvious thin blue line graphic on the bottom of the hatch with the words “In God We Trust” centered across the back. This new vehicle marks the second Ford Utility in the fleet, and the first assigned to the agency’s patrol division. The citizens of Due West love the new branding and feedback has been overwhelmingly positive for the agency’s new look. We’d like to extend a very big THANK YOU to the Due West Police Department for giving us the opportunity showcase their latest addition. 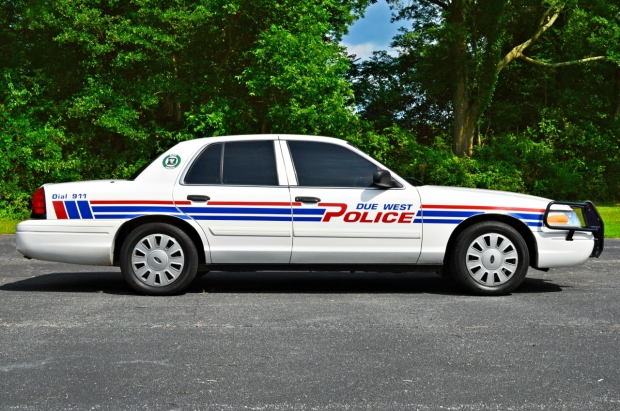